This is a Good School

"Teachers are expert in the subjects they teach."

"Adults share an in depth understanding of the latest safeguarding risks that pupils may face."

"Provision for children in the early years is particularly strong."

"Behaviour in lessons is excellent. Children are kind."

"Assessment is used well. There is a huge array of activities on offer."

"The curriculum is coherent and well sequenced."

"Leaders and staff are united in their ambition for pupils to succeed."

"The high-quality relationships between staff and pupils contribute to a positive learning culture."

The school is in discussion with Westonbirt School to organise swimming. We are also talking to various forest school organisations with the view to setting up an outdoor learning and Forest school within Leighterton Primary School. We hope to have organised both of these so they are in place for the Spring term. At the moment we can confirm that Forest school will take place every Wednesday for every child in school after Christmas – so look out for a letter.

The SWR cluster have met and have arranged multiple sporting events for this coming year.

We have had two new clubs – yoga for Bowldown and Apsemore Classes and Archery for Haymead and Ridge Classes.

Both have been well attended and we have even had some Key Stage 2 children helping the younger ones in the yoga club.

“Yoga was really good and I have got better at getting calm during the story time” Yr5 boy.

“I really like Molly and when she makes it quiet” Yr1 girl. 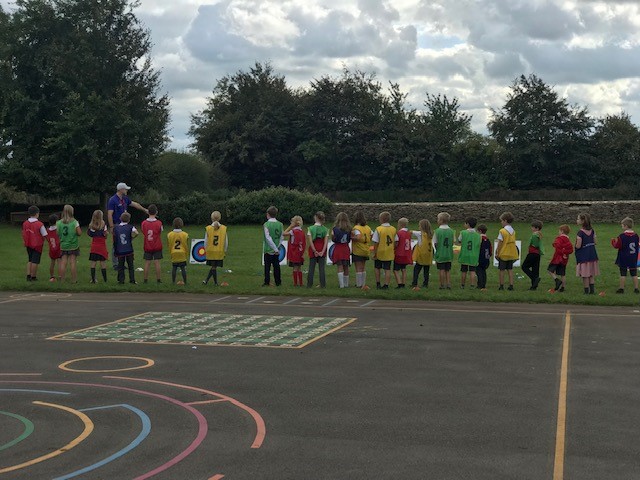 We have attended a Tag Rugby Tournament where we were representing New Zealand. We participated in an opening ceremony and then played matches against schools in the Cirencester district. We are very pleased to say that Leighterton Primary School did very well and the children showed all values of the school games.

We would also like to take this opportunity to say thank you to the parents who transported the children to and from this event.

Alfie was a superb team captain throughout the event and he has kindly written a report.

On the 17th October, some people from Ridge Class attended a Rugby Tournament in Cirencester. The children’s parents took them there and some parents even stayed to watch.

It was a great day. They played four games of rugby and had great fun. They were all eight-aside matches that were five minutes each way. They played all their games on the top pitch.

After we had played all of our games we made our way down the bottom pitch and sat in lines on the floor ready for the presentation. Each team had a star player that showed a school games value and the stars had to stand up in front of every one. From our team Amelia got it for determination. When the presentations finished, we all went back to school. 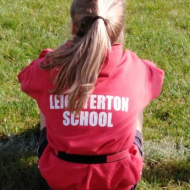 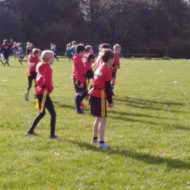 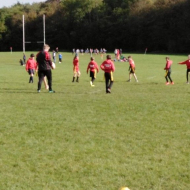 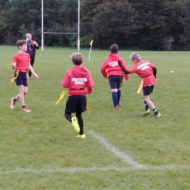 Seven year 5 and 6 girls took part in a football tournament in Cirencester. The tournament began at 3:30 after school until 5:30 on Tuesday 22nd October but due to a penalty shoot-out, the tournament ended at 6:00 sharp.

The girls played 5 matches in total but 7 if you include the semi-finals. They played their very best and worked as a team which gave them a well- earned bronze medal.

The team worked their way to the semi-finals and did so well they managed to get to an extremely tense penalty shoot-out. Unfortunately, the team did not make it to the finals. After that, the team played another match to determine if they would come 4th or 3rd place. The two teams drew a fair game and were both awarded a bronze medal.

Unfortunately, they did not make it to the finals but they were extremely proud of themselves and happy with their place. They worked hard and deserved this amazing achievement.

Congratulations to Cirencester team for coming 1st in the football tournament! 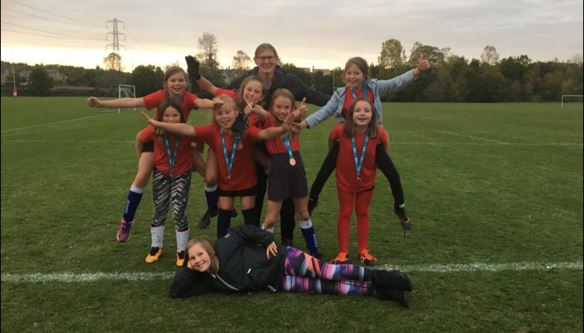 We are very lucky to have received our brand-new Football goal posts that have been generously donated by the PTFA.  The children have played with these every day and were so excited to be able to start using them. 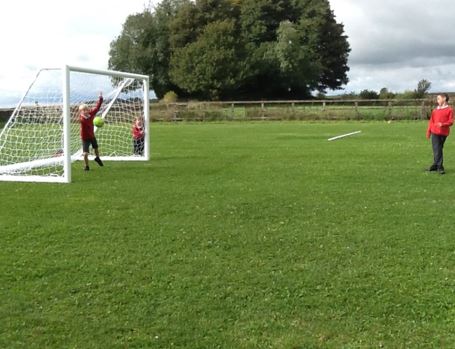 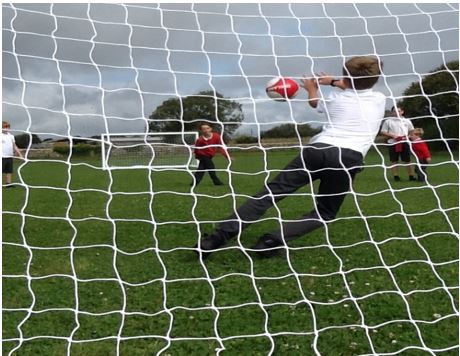 The whole school taking part in running the daily mile

This term Bowldown, Haymead and Ridge have been outside every day and running for 15 minutes. On October 9th Apesmore joined us for the first time and it was a joy to watch and run alongside the children. Every child was running and encouraging the younger ones to keep going; having a chat with them; holding their hands and praising their efforts. Again the teachers left the playground feeling very proud of the children here at Leighterton.

As a school, we took part in an amazing county record; running with the most amount of schools on the 18th October. All children received a sticker and we celebrated with the children running through a human tunnel to end their run.

Haymead Class decided that a certificate would be a good incentive to keep them all running. So, we now have a certificate for 5 consecutive runs for the full 15 minutes, then 10, then 20, and then 50. However, Haymead wanted a 100 certificate so we now have one of them too! I am looking forward to handing those out to all who achieve them!